You can specify incremental transfers of data and control when data transfers start as part of managing your data pipeline. Use TD Workflows to ensure query processing steps in Treasure Data run only after the necessary data has been ingested into your account.

In some cases, you’ll want to import only the most recently added or modified records. You might want to run incrementally when:

About Timing, Scheduling, and Incremental Processing

The incremental processing works by keeping track of the column value of the table and records to be imported (for example. a time or ID column), and then using the highest value imported during the last ingest to start the subsequent ingest. For example: 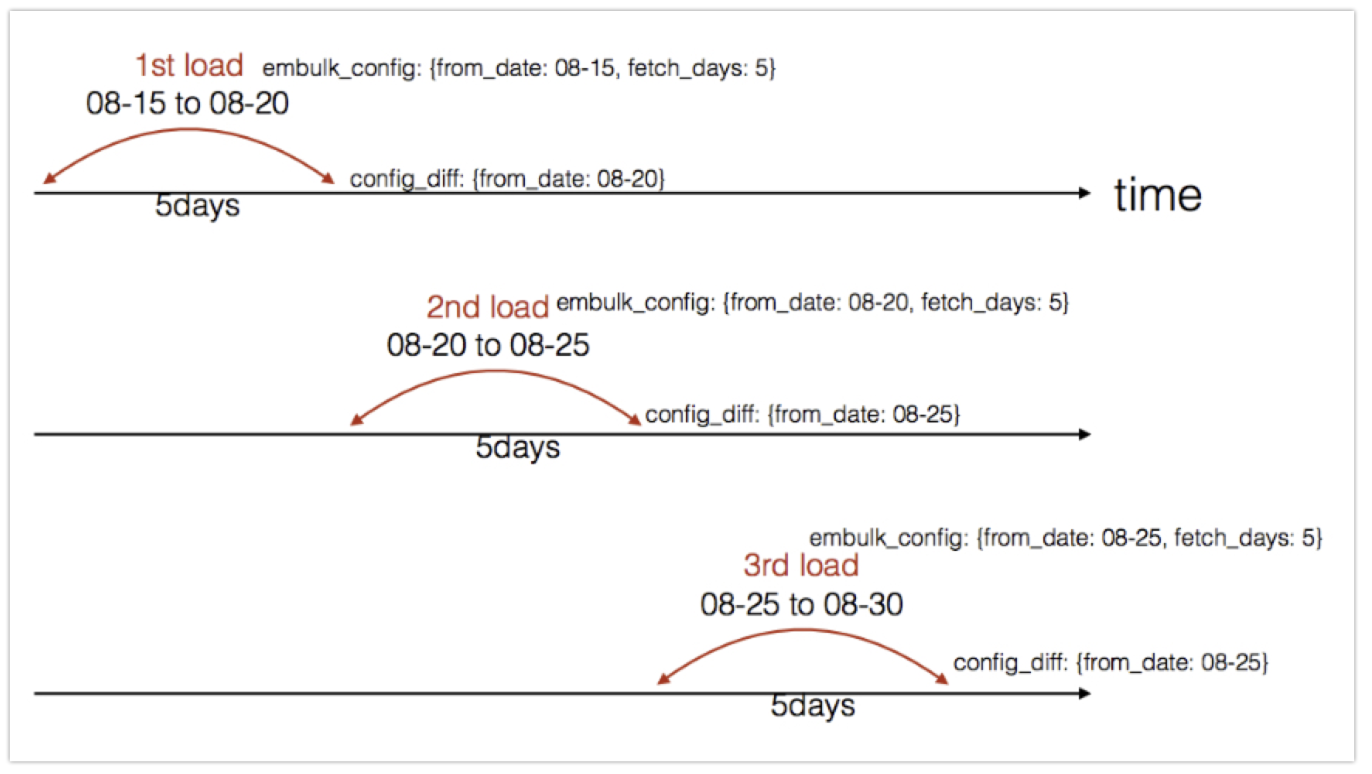 The from_date (can be last_fetched_date or any incremental field) is updated and stored after each execution. New value is used during next run.

You create a custom data transfer configuration, using the session_time variable, which is a Digdag workflow variable.

You specify the variable directly in your data connector configuration file.

Use the session_time variable in a workflow to achieve incremental transfer when you need flexibility in the timing, for example, when the system you’re pulling data from has late arriving data.

You can use session_time variable as a basis for incremental transfer only when the incremental flow is based on a date.

You can set up incremental input transfers using one of the following: