Using the Avro Parser Function from the Treasure Data Console

To use the Avro parser function in the Treasure Data console you will need to create an authentication for one of the supported integrations. Afterwards, you can use that authentication to create a source. In the process of creating the source, you will have the opportunity to either adjust or preview the data in the Avro file.

In step 3 of the Create Source interface, Data Settings, the TD Console should automatically select the Avro parser. If it does not, you can manually select it from the Parser > Type drop-down menu. 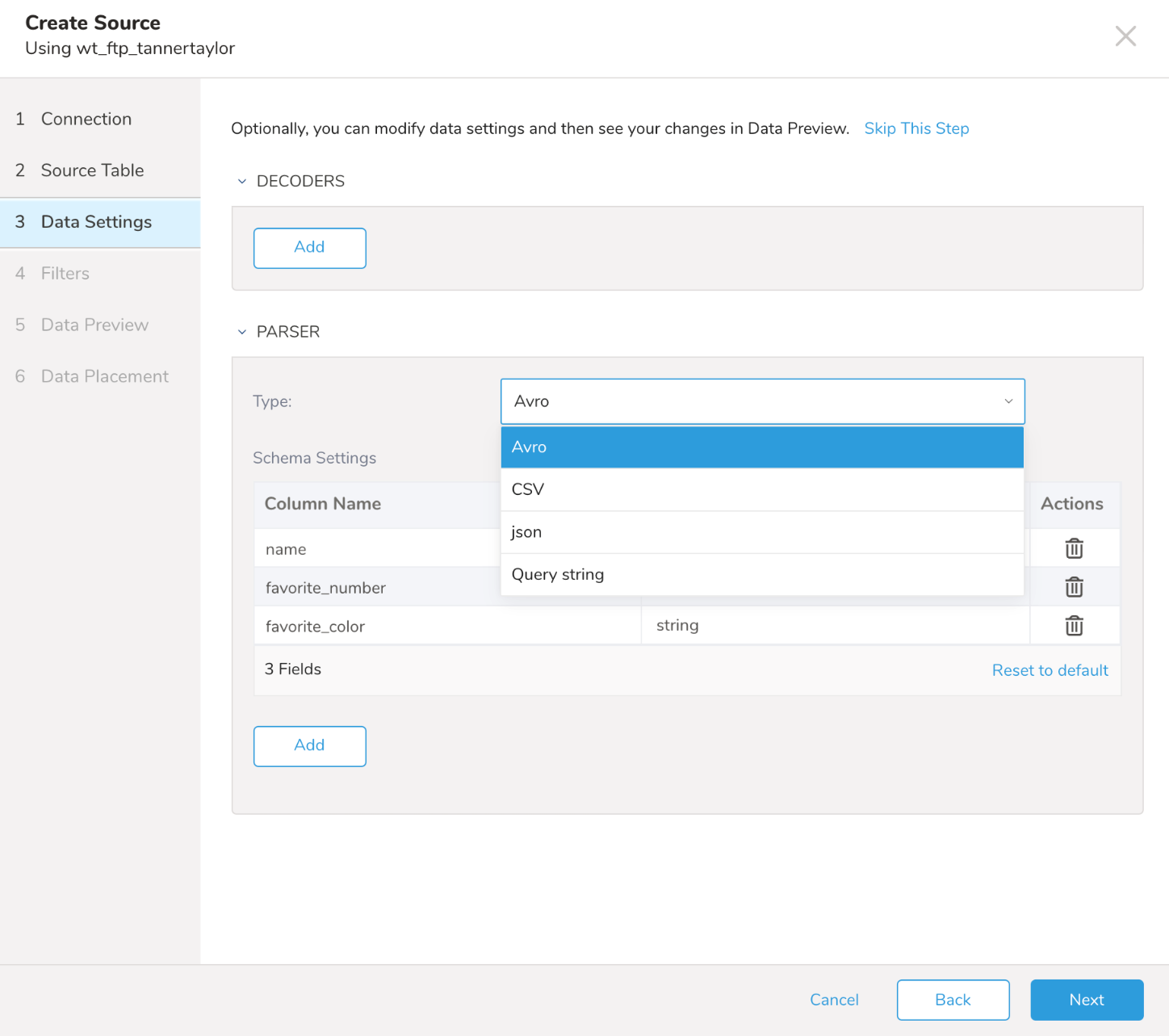 You also have the option to use the delete icon to prevent specific rows from being imported. 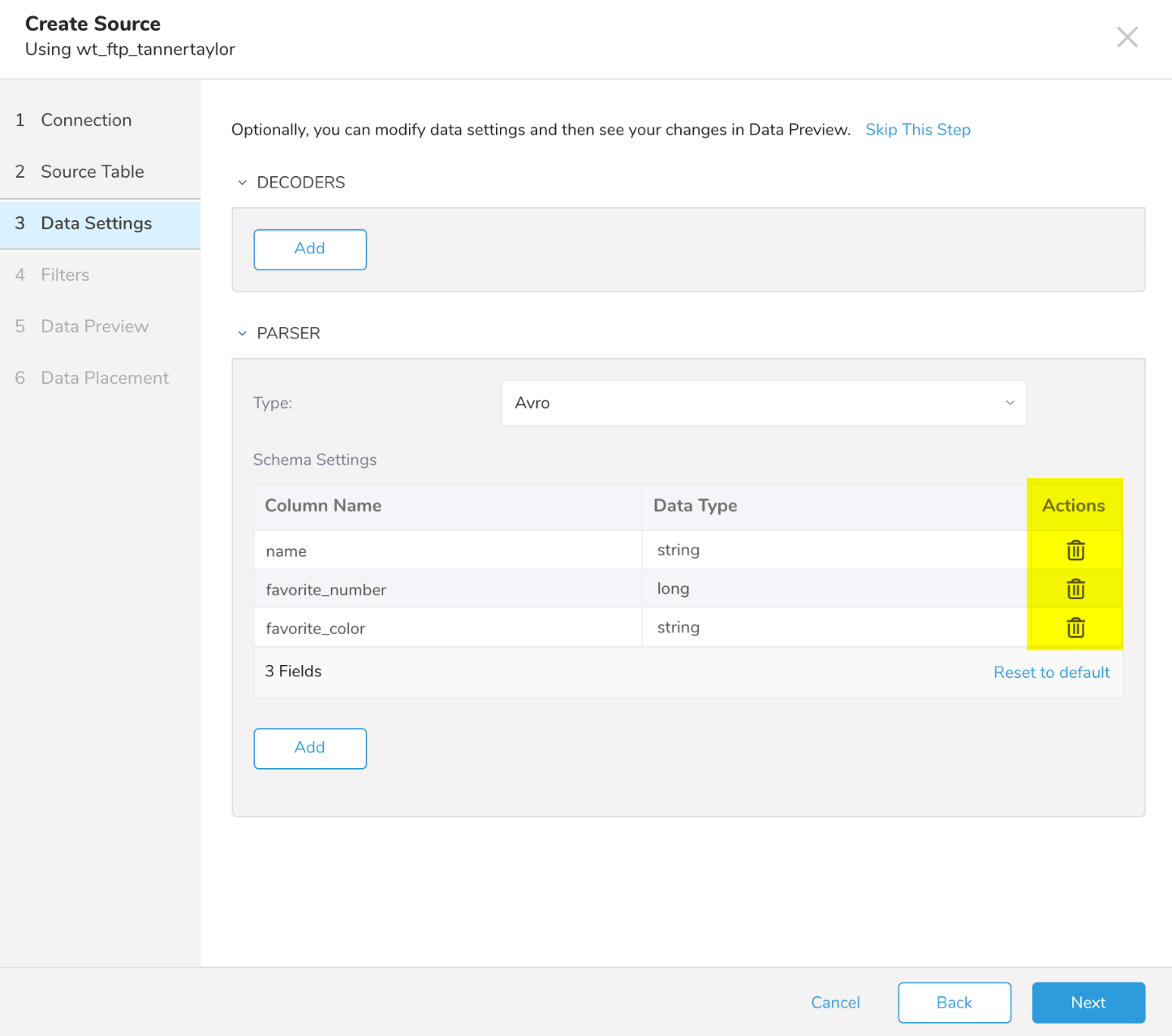 In step 5 of the Create Source interface, Data Preview, the TD Console displays a preview of the data. 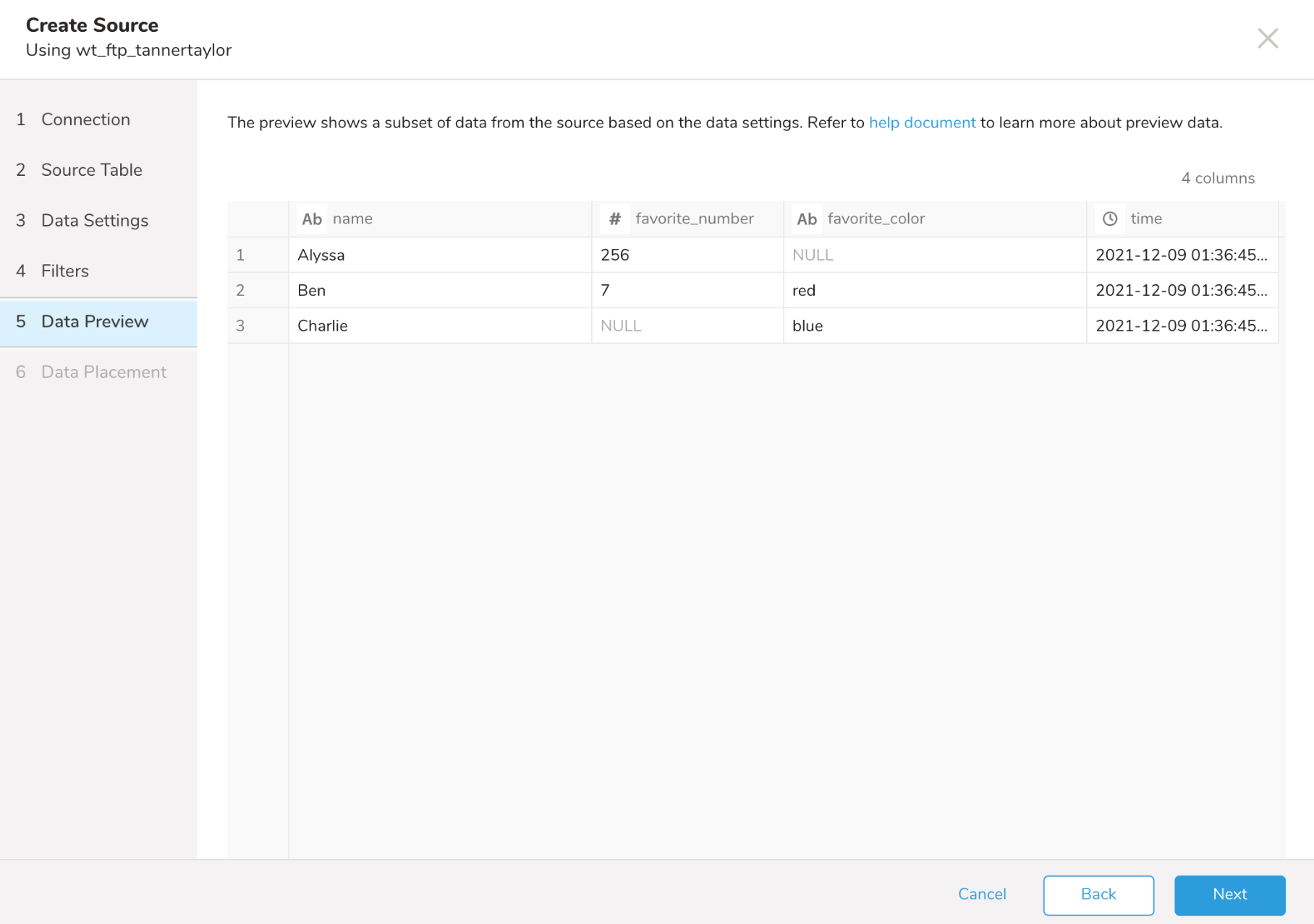 Using the Avro Parser Function from the Treasure Data CLI

Manually Defining the Columns for the Avro Import

The columns section of the file is where you can define the schema of the Avro file by specifying key value pairs for name, type, and (in the case of a timestamp) format.

Here are examples of how columns can be defined:

After you have set up your configuration file, use the td connector command to perform the import. Here is an example of how that might look.

Allowing the Parser to Guess the Columns for the Avro Import

You also have the option to let the parser make a best guess at the columns and data types being used in any particular file. The parser makes it "guesses" based on the conversion table shown here.

The process for having the parser guess the column schema is to run the td connector:guess command on your config file before running the td connector:issue command. Here is an example of how that process might look.

Example of an importAvroS3.yml File

Example of Running td connector:guess on an Avro File Hosted on S3